Its compact size makes it easy to put in your pocket and take it anywhere. Its simple rules make it easy to introduce new players to the genre of worker placement.

During the game, each player will have a limited amount of Mint Tokens, which represent their workers. Players will use these mint tokens to earn more tokens, take first player or buy and build plans. Plans are how players earn points. Some plans will give only points, others will give extra powers to the owner.

Once any player has at least 7 points earned (or if there are not enough plans to refill the stock) the end of the game is triggered. The game will then be over at the end of the current round.

Whoever has the most points provided by plans they have built wins!

A co-op game that fits in a mint tin!

Work to deliver Mintopia City and the other towns of Mortimer County from the periodontal peril that is the Dominion of Halitosis!

The players, will be collectively trying to defeat the villain by making it through all of the Mayhem cards in the Trouble deck, utilizing each of their individual Superhero specialties and other randomized stunts, before triggering the end of the game.

To win, the players must reveal and process all of the Mayhem cards in the Trouble Deck without the Regional Panic Track meeting or exceeding 27. 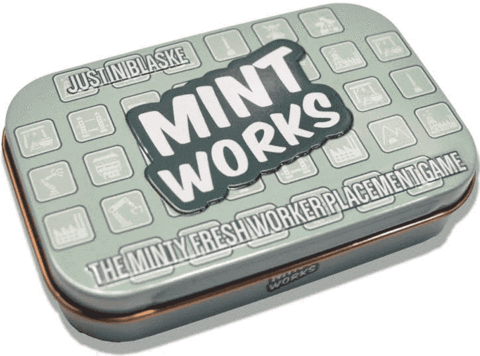 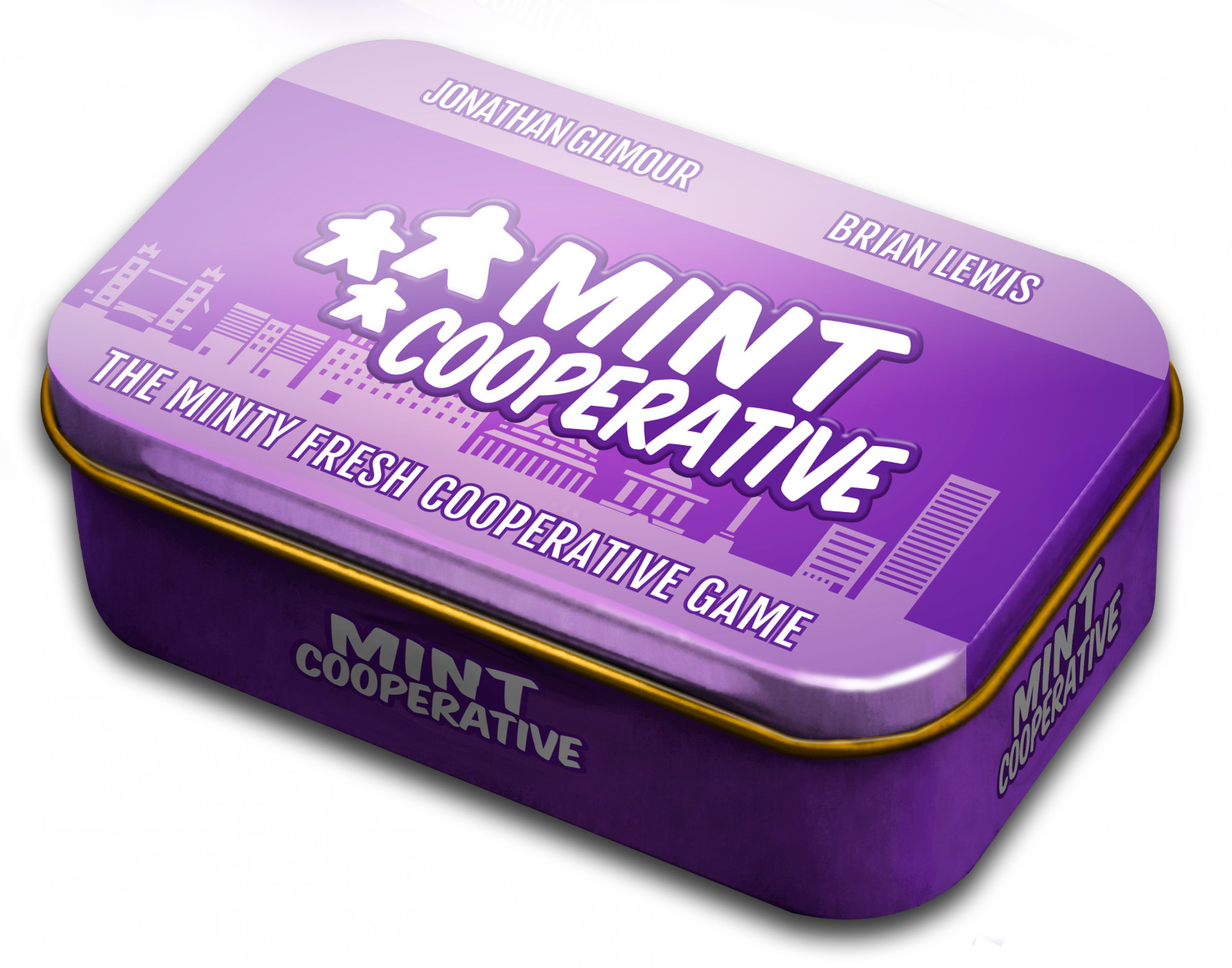